You’re the head of a highly secretive company.

You’re known for being temperamental and very mysterious.

The goods your company produces are highly popular, but they’re developed in secret.

When they’re introduced, they’re invariably accompanied by much anticipation, a media blitz, and fans worldwide salivating over the newest products. 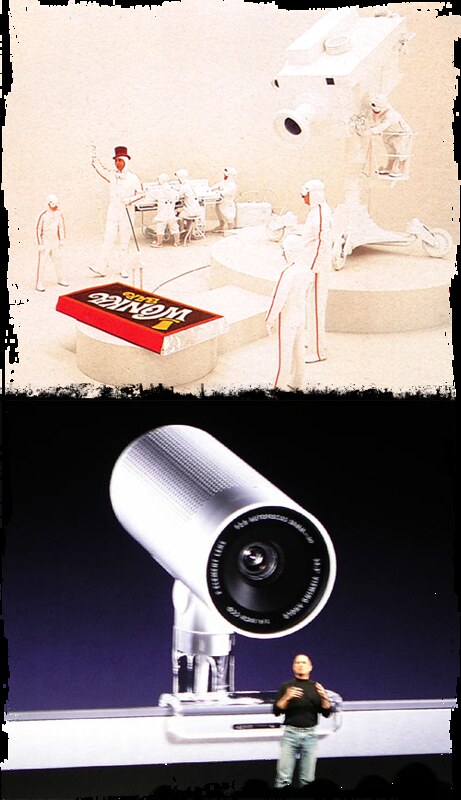 As soon as I saw this picture from today’s Macworld keynote, it reminded me of the Wonkavision scenes from Willy Wonka and the Chocolate Factory…and the more I thought about it, the more parallels there seemed to be.

I dunno ’bout you, but I’ve certainly never seen Steve Jobs and Willy Wonka in the same place at the same time…

Update: Image now hosted by Flickr, which I probably should have done before I thought “Hey, Jason might think this is funny….” I didn’t think it’d bring my server to its knees quite this badly, though! Ooops.